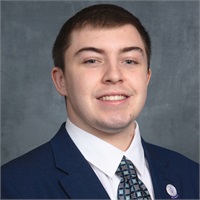 Dustin grew up in a very small town outside the Rochester area called Kendall. In 2014, he attended Niagara University to pursue a degree in business and management. After a year, he decided that he wanted to focus his studies in the finance realm.

Throughout his experience at Niagara, Dustin was a recipient of the Niagara University Presidents Scholarship, a leading member in the creation of, and treasurer of, the the NU Acapella club, a member of the finance club, and a member of the NU Club Golf team.  He had taken an investment banking position at Citi Corp before finally settling into a financial representative role at Alliance Advisory Group, with the goal of having a serious impact on the well-being of his friends and family.

Get Financial News & Updates Delivered to Your Inbox

We’ve built a handy mobile app that allows you to easily stay in touch with us on-the-go wherever you are. Ask us questions, send and receive secure messages, request an appointment, get directions to our office, receive helpful notifications, and more.