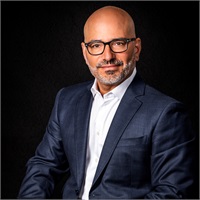 Jim is the CEO & president of Alliance Advisory Group, Inc. (AAG) and the general agent for Guardian in upstate New York.

Jim is a 1990 graduate of Gannon University and holds his bachelor's degree in finance and economics.

He began his career in with AAG as a financial representative in 1995.

A highly successful team leader and trainer, Jim's accomplishments include Most Valuable associate 2003, 2005 and 2007, the prestigious Guardian Leaders Club, the Guardian Executive Club, the Top of the Table, the Court of the Table and Park Avenues Equity Master Qualifier.

In the industry, he is a member of GAMA International, GAMA Foundation Platinum member, Leaders of Today and Tomorrow (LOTT), National Association of Insurance and Financial Advisory's and the Million Dollar Round Table.

The agency is a six-time recipient of GAMA's Master Agency Award representing the top 5% firms in the world.

In the community Jim has served on the board of Trustees for Daemen College and treasury for the Orchard Park Boys and Girls club. Currently, he is a board member of the Buffalo Niagara Partnership.

He resides in Orchard Park with his wife Rachel and his three children Robert, Michael and Luciana.

Explore a Career as a BDA & Financial Advisor Webinar