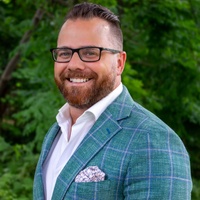 Jon joined Alliance Advisory Group (AAG) in September 2017 as Brokerage Manager in our Rochester office. He first entered the financial services field as an intern for Northwestern Mutual his junior year of college, earning himself intern of the year for the Northwestern’s Greater New York Group in 2012. After serving a few years in the industry, Jon formed the Haigh Financial Group with business partner Chris Haigh. During this time, they achieved MDRT 2 years in a row, 200 lives club, Career Builder of the Year and added 2 additional staff members to their team. In April of 2017, he received his Retirement Income Certified Professional (RICP®) designation.

Prior to joining the financial services industry, Jon became a member of the Marine Corps Delayed entry program when he was 17 and left for Marine Corps Recruit Depot (boot camp) in Parris Island, S.C. to become an Infantry Marine in September 2005. After being stationed in Kaneohe Bay, H.I. in early 2006, he was deployed to the Haditha Triad and Fallujah, Al Anbar province of Iraq. Jon transitioned from Point man to Squad leader during his back to back deployments from 2006 through 2008 and was combat meritoriously promoted to Corporal by early 2008. When his contract ended in 2009, he decided that he would part ways with the Marines and start his education.

Jon entered Nazareth College in late 2009 as a History and Education major. It was after his experience as an intern with Northwestern Mutual that he decided to change his major to Business Management and dedicated the rest of his time to growing his financial services practice.

Jon currently resides in Irondequoit with fiancée Lauren and German Sheppard Finn. In his spare time, he enjoys gardening, hiking and riding his motorcycle around NYS. He is also a very avid golfer, hunter and recreational shooter.