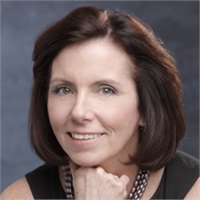 Moira has served as president of Dwight Moldenhauer Inc. (DMI), a tailored executive benefits firm since 1996.

The firm was founded in 1982 by Dwight Moldenhauer, and carried the banner of Moldenhauer Advisory Services until it was re-branded in 1996. For more than two decades, the executives at DMI have provided business owners with the ability to be more selective than ever when planning for the future.

Prior to joining DMI, Moira served as the director of women's health at Buffalo General Hospital. She pioneered the development of a variety of programs that were targeted toward helping the underserved populations of our community. Additionally, she chaired the Western New York Perinatal Task Force on infant mortality and teen pregnancy prevention from 1989 through 1996.

Active in the community, Moira has served on the boards of directors for Planned Parenthood, American Red Cross and the American Heart Association. In 2004, she was recognized by Business First as a Woman of Influence as well as a YWCA Community Leader nominee.

Moira and her husband, Dwight reside in Buffalo and have two children, Egon and Adler. She enjoys fitness of any kind and foreign travel.