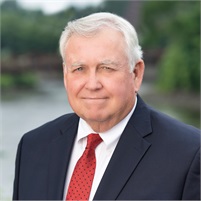 Thomas is a registered representative with the Jamestown office of Alliance Advisory Group.  He attended Hartwick College and went on to receive his Chartered Life Underwriter (CLU®) designation in 1979, and his Chartered Financial Consultant (ChFC®) designation in 1982, both from the American College where he maintains membership in the Gold Key Society.

Tom, who became a Field Representative for Guardian on April 1,1973, is a past member of Guardian's Leaders Club and the PAS Achievers Club.  He is a veteran of the US military, having served his country in the US Army Security Agency (1968-1972), including duty in Viet Nam.  He is a member, elder and choir member of the United Presbyterian Church of Randolph, a past president of the Randolph Lions Club, and a ten-year trustee with the Village of Randolph.  Tom has worked with the Chautauqua County United Way Board, is a thirty-year member of the Society of Financial Service Professionals (SFSP), and a past president of the Southwestern New York chapter of SFSP.  A life and qualifying member of the Million Dollar Roundtable, he is also a Knight of the Roundtable Foundation. Tom is a past president of the Chautauqua Region Association of Insurance and Financial Advisors (CRAIFA), serves as a Life Underwriters Training Council Fellowship (LUTCF) instructor (Parts I & II), was named Agent of the Year in 1980 by the General Agents & Managers Association of Western New York, and is a recipient of the National Quality Award.